After almost two weeks on the road with several events and fundraisers behind us, we depart from California and Los Angeles this afternoon. We're busy packing so we don't have time for more than a very short summary of our trip. 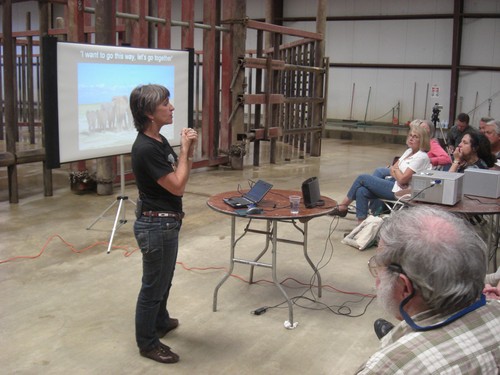 The tour started with a cooking party and two other events in San Francisco, continued with a joint event at PAWS in San Andreas. You can see a video from this event here, including footage of Joyce's talk and of the responses of Ruby, Maggie, Mara and Lulu to some elephant sounds that we played to them. Their response was so strong that some people were worried that the sounds were upsetting to the girls. While it may be rare for captive elephants to react so strongly to a stimulus, the responses were very typical of wild elephants and we were able to observe a range of responses from high social excitement to fierce defence. Their response showed just what a strong leader Ruby has becomes and how tight the bonds are between the four elephants. PAWS can be extremely proud of the work they have done to facilitate the development of this family unit. 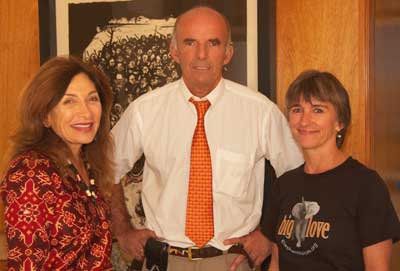 We finally had an event and fundraiser in the home of a good friend in Pacific Palisades, Los Angeles, on Sunday 16th November. The last three days of our visit ended up being much more hectic than planned, mainly because of meetings and press briefings related to our involvement in discussions regarding the future of elephants, including Billy, at LA Zoo.

On Tuesday Joyce participated in a press conference arranged by councilman Tony Cardenas of Los Angeles County Council. NBC Los Angeles, CBS Los Angeles and dailybreeze.com, laist and Fox LA are among the media that have covered the case. The vote was planned for Wednesday, but after 5 intense hours on the floor it has been delayed until the first week of December. (Article in LA Times here) 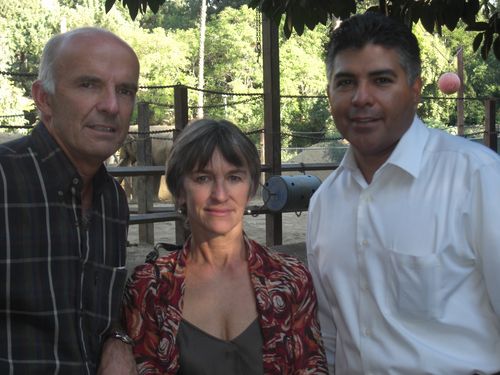 We strongly hope the LA County Council will decide to close the exhibit and send Billy to a sanctuary. An urban zoo cannot offer the space necessary for a such a large, active, social, and intelligent animal as the elephant. We're extremely grateful for all the support and help we have received during our trip - it's been exhausting but has also given us lots of new energy. We have made new friends, and hopefully created more compassion for elephants among people that we have met on our way. We look forward to keeping in touch with all of you caring for elephants. Thanks!